New instrumental Jphono1 album "Low Key Companion" is out everywhere.
​​Video from Kellen Smith for "Stealing Space On Davie St.
"This song feels hazy and is as if something is drifting in and out of memory, constantly shifting. Like a dream that you aren't sure was real or not, but you can remember the emotions of that memory vividly. The type of memories that come up when you are deep in a walk with nothing else to distract your mind. Everything except the bookends is pulled from 8mm video tapes I have from friend's grandparents, so I ran with trying to take those tapes and make them as hazy and dreamlike as possible"
New Single "Against The Wheel" from Shelby Smoak of Bleeder
Kim Ware and The Good Graces have a new album for you.....Are you "Ready"!?!?
Nobody's Robot debut album is out!
New jam "Live Hoax" from Tacoma Park

​​New Beautiful Analog Mountains
​The lyrics for the single "After the Wave'' were mostly written by my friend and creative partner in Analog Mountains, Chris. This song is about the excitement and anticipation of expecting another child, but also about the worry of what we let go of, if only temporarily, to make space for loving and caring for another person. In the context of Chris's experience the other person is his unborn child, but I think that sentiment resonates for anyone anytime they truly commit to any kind of relationship. This one is extra special to me because it also features guest appearances from my longtime friends, Brad Porter (drums) and Joel Floyd (trumpet) who were also expecting kids as of the recording of this song.  My partner, Chloe, also lent her beautiful voice and sense of harmony in a way that the verses feel more like a conversation between two people than the ruminations of one. I think everyone connected in an instant and magical way. I'm so happy that they brought their talents, and that I was able to share the experience of making this with them.

The b-side, "It Grows" is about the exact opposite of expecting a child, or starting a new relationship. It is about the sorrow and anxiety of knowing someone you love will die. It is a thing that all of us have or will have to deal with at some point. During this pandemic, it is something many of us have had to process maybe more frequently and intensely than we could have expected or prepared for. There is a dark cloud that hangs over normal daily interactions as we muddle through the fog of impending loss. This song also features a guest appearance from my old friend and former bandmate, Patrick O'Neill. Patty added these sweeping synths and arps to the song which just opened it up beautifully. His contributions led the song to a brighter note, like an exit from a dark cave. He has always been a person who can find the light, and I appreciate that so much because it is something I am not always able to do.
Brand new album of jamz from Jphono1....Enjoy!
First day of the year and Matt Southern has the new jams for you.
​Here is a sample of the Potluck releases from the weird year of 2021.  If you dig something....explore and share.
​Be Safe Be Smart Be Good.
It's Here....the new Analog Mountains EP
also
Some insight and new video in the Indyweek article
It's Here.....the fresh new Matt Southern & Lost Gold album.
New Bangzz Is Here!
​
“It’s like a family thing; it’s not traditional, which is probably for the best because traditional labels steal your masters!” she says. “In 2006, I sent John the first demo I ever made—on [the software] Audacity, where there’s no lock-in-place and you’re hating life—and he was super sweet and encouraging. As someone who’s hidden their music for a very long time, even from partners, until late in my life, [it] was a big deal for me to share anything like that. This record brought my love for this town, this indie scene, full circle. I stayed here for a reason.”
​
Get to know Bangzz Indyweek Interview.
New Bleeder Album!
Just after joining the Potluck family BANGZZ released a banger via NPR Live Sessions
Check It Out
Jphono1's companion album to "You Are Here To Be Around" is out.
​"You Are Here To Be Around Volume 2"
Meditative songs like “Fade the Scene,” “Bright in All Forms,” and “Come on Through” are relaxed, gradually evolving guitar jams that combine Buffalo Springfield/CSN&Y canyon-rock with 13th Floor Elevators/Pink Floyd psychedelic, and hints of Ride/Antietam dreampop (and, on “Leaves Like Butterflies from Slow Clap to Applause,” krautrock, prog, free jazz, and funk), with Harrison’s irregular, soulful vocals acting almost as hypnotic shading.

“There's a lot of, for lack of a better word, ‘jammy’ parts on this record,” Harrison said. “That is a little more difficult to do when you're doing it remotely, but the guys I was working with are incredibly talented. I feel like when I listen to that stuff it sounds like we're in a room playing together, which I'm proud of.”

Fresh Jamz & New Joints From Jphono1
Jphono1 album "Parliament" out Friday March 12th.
Indyweek premiere of the first song/video "Fade The Scene"
Oh man, D-Town Brass dropped their new record on us on the sly!
From the crew of scalawags:
"We are a group of composers who use the sound apparatus of a massive horn section to capture the moment. Mostly it’s instrumental music, but there are a few vocal transmissions through our kludged together vocal amplification system, colloquially known as “The Machine.” These are poetic, informative rant-routines, psycho-spiritual downloads, explications of the actual situation here on the Planet of the Me-Hums.
We’re not careerist simps. We don’t expect our music to be the soundtrack for a Volkswagen commercial. But that doesn’t mean no one should hear it. In fact it means the opposite. We’ve created something new and different. We expect it to grow into the collective psyche like a fungus, eating what’s rotten, dissolving the dull, the rote, the derivative in a gross stew of its own anti-meaning."
New Jphono1 Jamz!
​Listeners will discover the album’s most straightforward arrangements on the titular “Here to Be Around,” as well as on “The Wolves That Raised You,” “Shake,” and “Turning to Sky.” The twists and turns that Harrison takes to arrive at these tracks are what makes the record so enjoyable. With its haunting woodwinds and cacophonous percussive hits, “Cycles and Circles” feels ripped from an early ’90s “Drums/Space” take from a Grateful Dead set. “Dirty Drums” is a two-minute jaunt into fervid psych-rock. “Peyote Brunch,” meanwhile, is a quick peek into gassed-up free jazz. 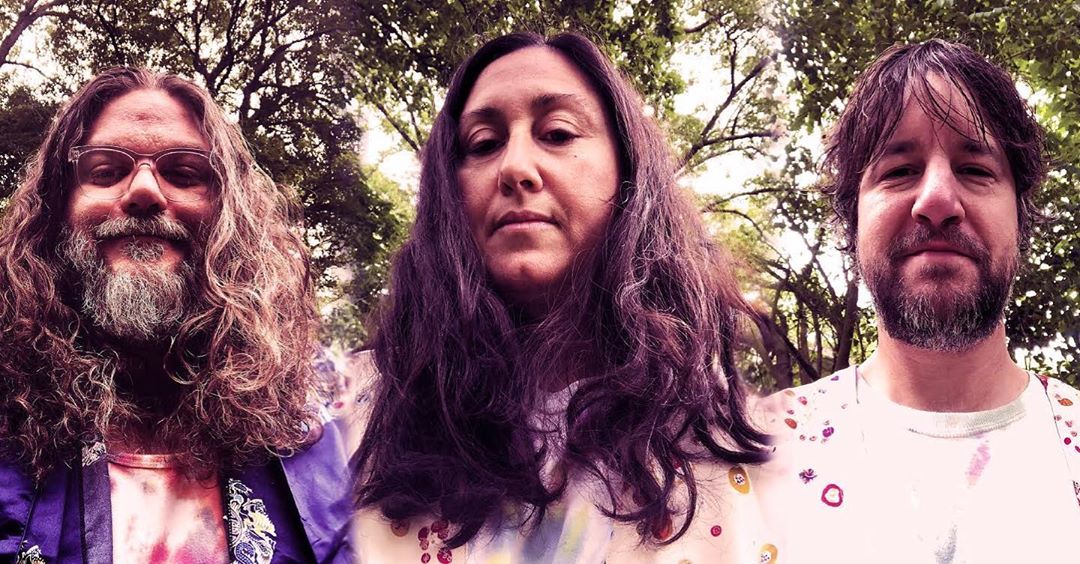 "Potluck didn’t coordinate this flood of releases during the quarantine. Potluck doesn’t coordinate much of anything. It’s a laissez-faire label that never set out to be a label at all, and that’s what keeps it going strong." - Indyweek
​
Read all about it here
The brand new Stray Owls is here just for you!
New Jphono1 & The Chevrons is out!
Here's the new Le Weekend for ya!
The new Matt Southern EP is out now!
Debut album from Tacoma Park...."Floating Point For High Fives"